This work has as its genesis a performance by the poet Jen Hofer , at the Mac Center, Shindler house Mac Center, Kings Road, Hollywood CA She was performing a kind of "downtime" performance which involved knitting and playing records of the period in which the house was occupied. There was one record that had a chip out of it and she elected to not play the 'broken record" I requested the record when I the title "why don't we do this more often?" I decided to use the language of the title physically to supply the metal to the record for the casting. As it turned out only the language survived the casting and most of the record did not come out. it is a meditation on change, technology transfer and loss. As well as a kind of general idea of the role of repetition and the idea of tradition as habit. 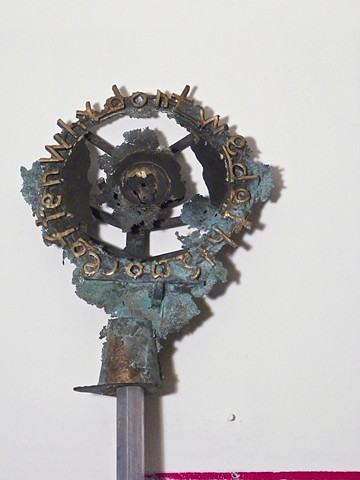