this show was a pop up exhibition at Atkinson Gallery , Santa Barbara City College. It is based on three sculptural versions of a "plane hood ornament" from a 1954 Studebaker Commander DeLuxe Conestoga.

These sculptures are in Bronze, Aluminum and Lead - thus the idea of third forth and fifth place. This show was influenced by breathing at the time of the occupy movement. It is also an expression of the idea that generally first and second place are political appointments in any kind of competition and that if there is anything of interest it is usually in 3.rd, 4th. or 5th. place 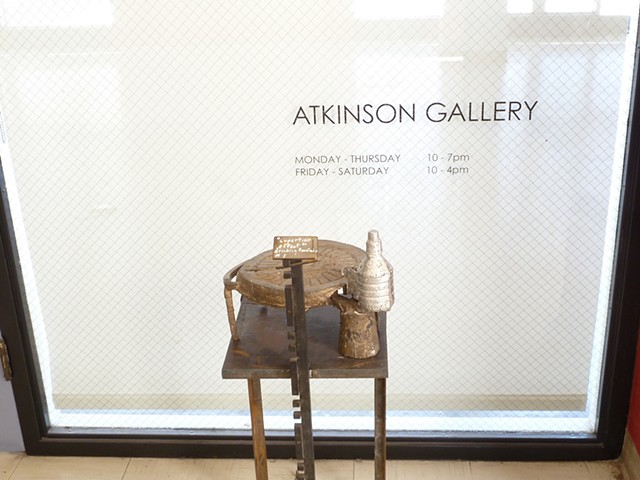 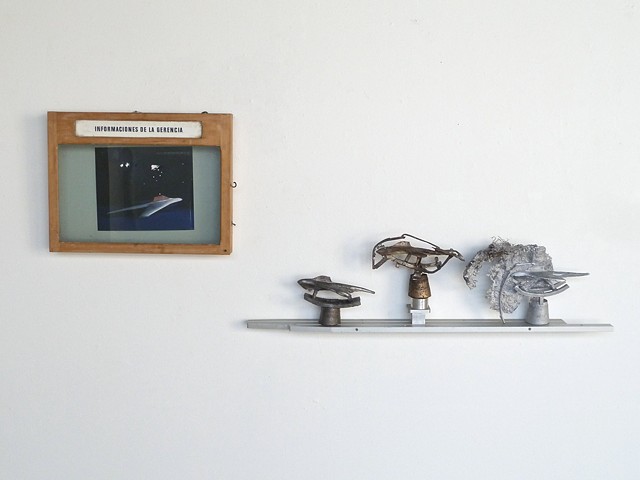 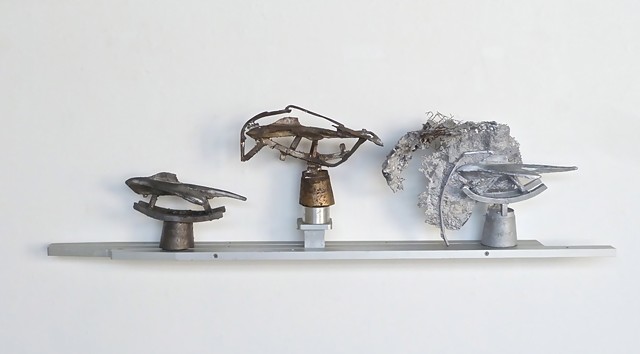 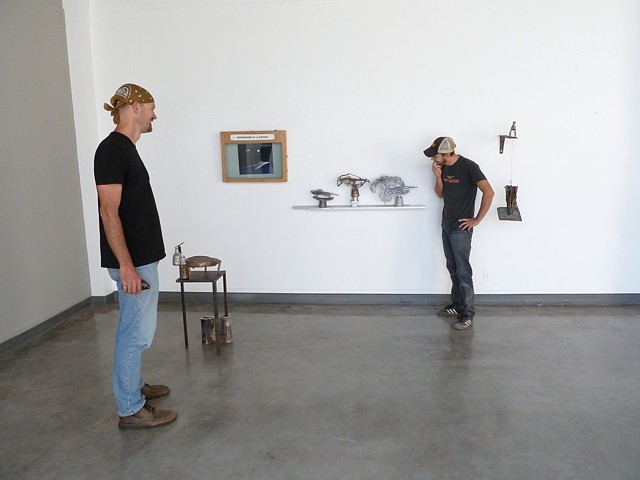 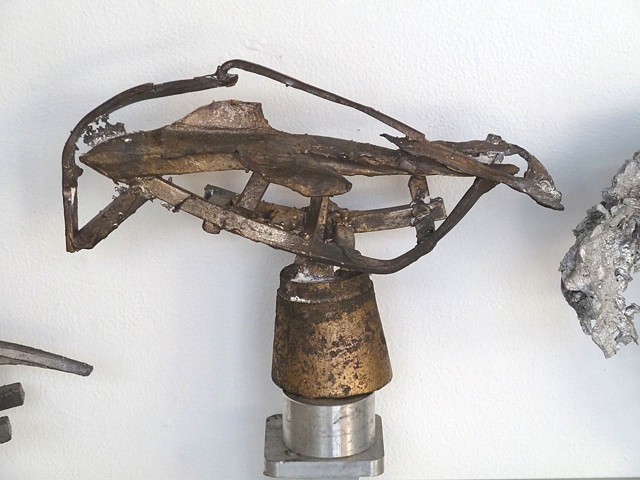 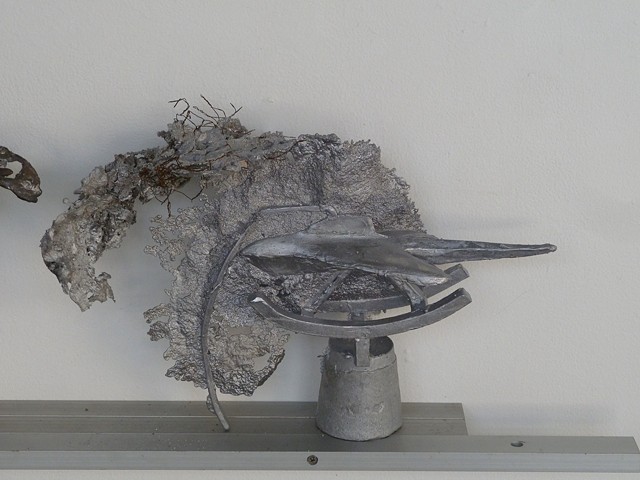 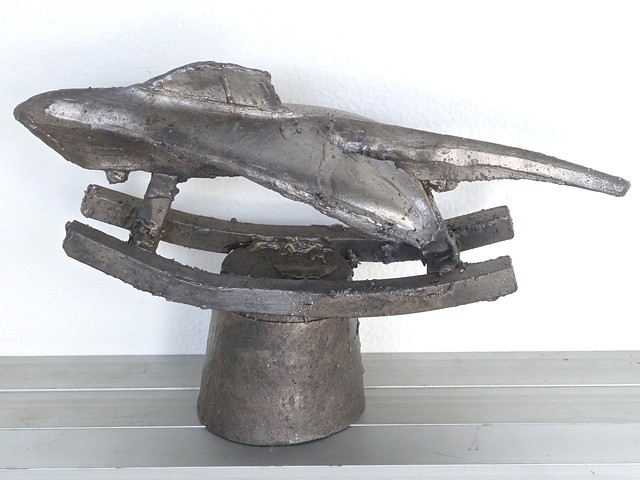 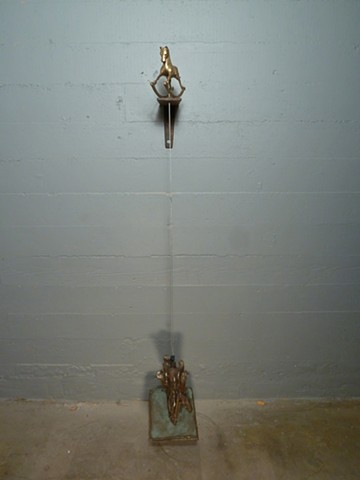 "brushes with the edge " alternate version 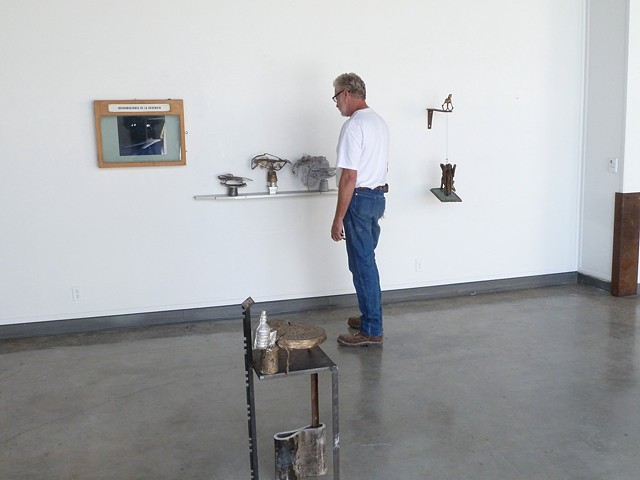 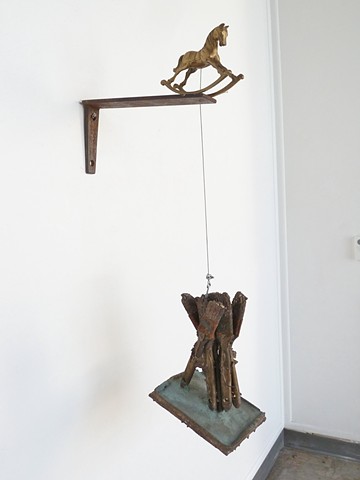 "brushes with the edge" 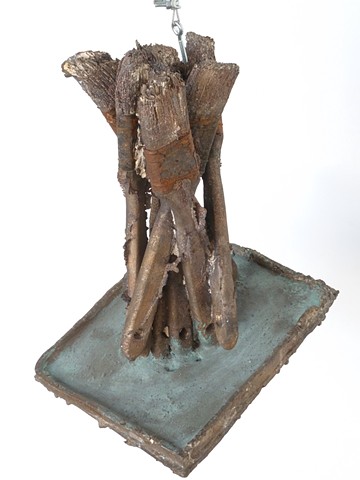 "brushes with the edge" detail