Dear Doctor, I wanted to give you an image of a work that, in some odd way, you were the genesis of. It related to your discussion of the firing sequence of a mouse trap and the distinctions between peanut butter mice and jelly mice. You said that there was a typology of appetite and that one could never be enticed into a trap if presented the wrong bait. I was having a home rodent battle. I had always used peanut butter or almonds. I decided to take your advice and use strawberry jam on the almond. In the middle of the night I heard a “snap” then , in the aftermath was silence. The sound of struggle, a sign of a catch was absent. I went to bed wondering if perhaps it had been an accidental closure. The next morning I pulled the trap from under the hall cabinet. Seeking one small creature and then two mice were trapped by the single blow. 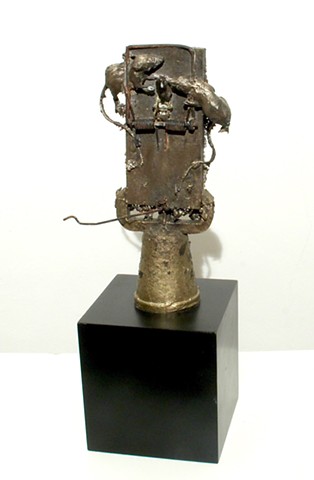